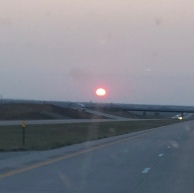 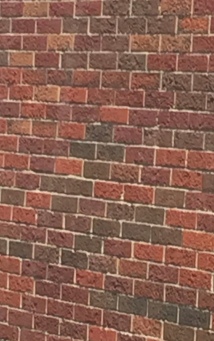 Vicki, a long ago neighbor

Its been months since I wrote to my blog. Life has been exceedingly busy.  I did do the Fall trip to the midwest. It was a horrendous trip to Colorado – as temperatures were 106-108ºF the entire way, with thick smoke from all the wildfires. My heart goes out to those battling those blazes.  Considering I do not go south in the summer for these temperatures, never in my wildest dreams did I think September would be that bad in the northern tier of the country. It was HOT and there was no way I could boondock in those temps. By the time I got to Idaho, I headed north to Pocatello vs taking I-84 south to UT.   Got onto Highway 30, which was so refreshing to be driving in the country once again – it was also much cooler then the 100’s.  So stopped at Montpelier, a nondescript town and took a much needed break from hard driving.  I eventually made it to Colorado and was shocked to see blue skies, no fires and warm, on the day I arrived.

I found out on way to Colorado, that I would not be housesitting, so that freed up my time there. Met up with Vivian & her husband in Fort Collins, and it turned out there was no place for me to park my rig at their house as they thought.  Then a scramble to find a place to stay. Colorado is anti-RV and anti-tourist. All campgrounds are booked out years in advance – no joking here. Its impossible to find a week, heck if it included a weekend – absolutely could not book.  So if I wanted to stay, I would have had to move every day.  This included all private campgrounds, as well as national & state parks.  It was the most ridiculous discovery. Even the locals complain about it. I did eventually park on their cul-de-sac for a night or two on the street, but my stay in Colorado was too damn short.

As luck will play into changed plans…my water pump died. Could I find anyone in Colorado that would do this – I even had the replacement, so did not have to order parts.  No takers, I couldn’t even make an appointment. Thankfully, I was carrying extra water this trip!  That and no place to park as the temperatures rose in Colorado (they dropped to the 50’s after I left, of course!) – I headed out. I meandered the back roads, thru miles and miles of farm land until I found my way to Goodland, Kansas.  Egads, I have not been in this town since the early 1970’s – it hasn’t changed a bit.  It is here, at a towing company, that replaced my water pump – at no charge.  I was getting ready to pay and the fella behind the counter said “a single woman traveling alone, boggles my mind – and you had the replacement, its on me”. He was smiling, it made my day! Wow!

Onward, on I-70 to Salina. This was stop planned to possibly meet up with some long ago high school friends – one lives in Haven, Kansas and the other lives in Abilene, Kansas. Once I got settled, I made a call to Janie to let her know I had arrived. I had spent time at Janie’s home 3 years ago and it was great to see her then. Still not knowing if she could come though. Surprise – she could and she came and picked me up to go have some lunch. An even bigger surprise was that Darlene could make it as well, I have not seen Darlene since we graduated. Wow! We talked, chatted, ate some, but chatted some more and talked and laughed and laughed some more. What a blast from the past seeing these gals!!!  It was fortunate the place we met, they allowed us to hold our table for hours. What unexpected fun!!!

Onward to Kansas City, Kansas to Norma and Fred’s home. Norma & I were classmates in nursing school. We have stayed in touch, but had not seen her until they arrived in WA 2 years ago – for a surprise visit.  So the brick wall in the pictures above was the side of their house. I was fascinated, for some reason, by how the bricks were laid and the rough side was out vs the smooth side, which altered the colors between the shade and sun. Funny how my mind works on this stuff.  Norma is mostly blind, but one of the most capable people I know. It was a real treat to get 30 amps, water at their home. It was hot there as well, more 90’s and 100’s and home cooked meals daily. Wow!  I stayed with them for nearly 2 weeks.. got caught up on our lives.

I was due into Fort Scott, Kansas – but it was way too hot to park at my friend Marianne’s house. So stayed at another town about 21 miles away. Did that for about 1 week, then the temperatures started cooling down into the 80’s, so I moved to the street next to Marianne & Steve’s home. Its one of those beautiful big old homes. 3 stories high and they have upgraded and maintained it beautifully.  It was such a treat to be there, to see Marianne, spend time with both of them – lots of laughter, lots of talking and a whole lot of attention from Suki, a doodle dog of some kind. Marianne was one of my high school friends as well, as we haven’t seen each other since we both went off to nursing school.  The picture of the brick street above, is looking down the street from their house. All the streets in Fort Scott are brick, ere that’s not quite accurate. The old part of downtown and the residential areas are all brick streets. The new section – shops, roads, etc are not brick.  I really miss being there… it felt like home in so many ways, altho I have never been to Fort Scott until this Fall.

As it happens to me on the road so often these last 3 years – the VA wants me prompt and center. I have to get back to Seattle.  I can sit in Washington for months, thinking I will get called and nothing happens. As soon as I hit the road – the call comes in when I am not near anywhere. So I have to head back earlier then planned.

From Fort Scott, I did a bee-line to South Dakota & I-90, as I will take the northern route home. This is potentially a stupid move on my part – it is October, after all. The weather changes on a blink of an eye in the mountains at this time of the year. So to add an additional element to this – my propane detector quit working. Do you know how obnoxious that sound is?  Well, your propane detector needs to be replaced every 5 years (or so it says in the manual) – well its been 7 years on this one. I figured out how to turn off the sound, but now I have to be super careful.

So I get to South Dakota it was in 80’s on this early October day and I have another planned meet up, this time with Vicki – she used to live next door to me, when we both were quite young (grade school, I think?). She was in my brother’s class. Wow! Again, its like the years apart did not happen. Lots of life has happened for both of us, but its like we just talked yesterday.  Wish I could have spent more time with her, but the deadline to get back to WA was hounding my brain.

It was a beautiful trip back West. I had cool, to cooler, to cold temperatures before I got mid-way thru Montana.  Northern WY I was surprised to see vivid blue skies, no smoke and no remnants of fire. Hmmm, so this area did not burn?  The same held true up around Billings and then onto Missoula. Where were all those massive Montana fires?  I never saw the end result of what had been deemed the worst fire season. Obviously, it was not along I-90.  But the big blue sky was prominent. Gosh it was gorgeous in all its Fall glory!  The nights were frigid (below 32º), but the days were an awesome 50-60º weather – I was back in my element. I had to stop and wait out a Fall storm in Missoula. It produced lots of wind where I was at, but first snows of Fall hit the mountains.  As soon as I was able, I headed out.  I couldn’t take photos while driving thru the snowy mountains, but it was gorgeous!  At one rest stop, I took the wee bit of snow picture above.  On into Washington, it was good weather, but you could still see heavy smoke south of where I was at. At least the heavy, choking smoke I went thru around Ellensburg on the trip East, was gone.  I really wanted to just stop and take a few days break at this point, but the weather forecast for Snoqualmie Pass for the next day was worrisome.

So on my final day of road travel… I left at the crack of dawn and headed for the Snoqualmie Pass. It was sunshine on the East side, but it was dark clouds on the West side. My hitting the pass so early saved me, as the storm moved in 2 hours after I went thru. It closed the pass down that night.  Made it back, set back up, called the VA and I made it to the appointment 2 days later. Cut it close, but it worked ok.

Since then, been to the opera twice, been weaving and I signed up for a culinary cooking course.  And now you will have to wait for the next story.

One thought on “Life”