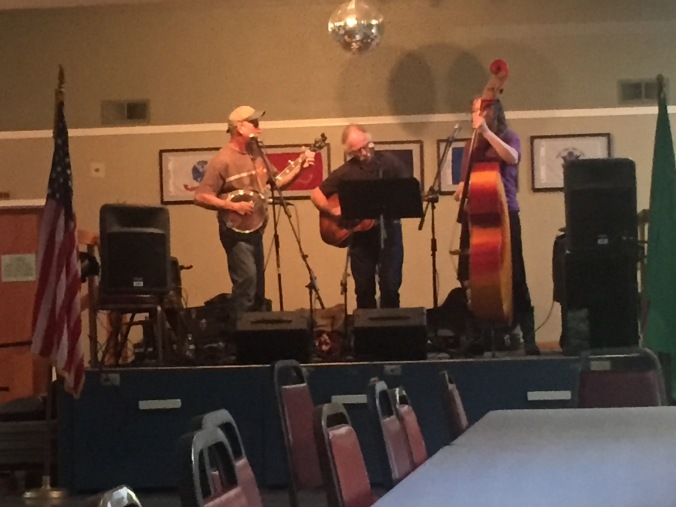 Almost ready for just about anything at this point.  I’m at a spot in preparation – its the last minute stuff that needs to be done now, everything is finished.  And as ridiculous as that is, as I’m not leaving this week, my head is already on the road trip. Ants in the britches, just want to go mental is my problem right now. Good grief Melinda. So I am doubling back on odd tasks at hand – organized my shed. Didn’t really need it, but did it anyway. Re-washed all windows on inside of rig. Did managed to get whole rig washed and waxed for the trip. Started pulling together projects for next winter. Yea, you read that right. I’m plotting and planning what I will take with me for the winter.

In the meantime, I got 2 different doctor appointments to do before I leave. One totally out of the blue…as of yesterday.  Those who have followed my blog, knew I have been trying to get some doctor to evaluate me for VA compensation. It had been one dead end, one blocked path after another for the last 10 months. My time to repeal was rapidly coming to an end with zero recourse for me. Can not tell you how frustrating it has been. I saw a VA doc about 2 weeks ago – the worst appointment I’ve ever had and swore I will never go back to the VA, especially not to that doctor. But in that appointment, I asked to be seen by a neurologist in Seattle. I was accused of lying about my disability, that was not possible to have what I say as I’m not paralyzed, telling me it was impossible as my VA chart said I had no disability – duh, hence the reason I’m doing all this crap!  But thru that horrendous ordeal, I got an appointment in Seattle – the week I am leaving for Alaska. Go figure.

My heart goes out to all veterans in fighting for medical, compensation, what-have-you. The system is so against the veterans, its just sickening.  And I know the medical world – you would have thought it would give me some sort of an advantage. No. What a sad state of affairs.

In the midst to all above. I managed to get a free music gig, see above image, for the SKP once again. It was a grand evening of foot stomping, dancing to bluegrass music. Sorry no pictures of the two steps, line dancing or much of anything else. I was listening.. Found someone within the park to carry this on thru the summer for those visiting the park. Good music and its free.  The musicians love it, as it gives them a place to practice. We always pass a basket for donations.  Just a fun time by all.

Anyone have any idea how to delete photos off of one’s computer?  I actually know how to do that, but everything I delete and I mean every last photo I delete, comes back to haunt me on my iPhone. It claims I have new imports and reloads all my deleted photos. Which of course, is sync-ed back onto my computer.  I now have duplicates of duplicates of duplicates. Someone suggested I uncheck iCloud. Well, that did not make a difference. Then I discovered not one of my photos ever made it to my iPad… What am I missing?