My last days in Virginia Beach included dinners out, a second massage, seeing my friends home and meeting there dog Gracie and spending time with my cousin and his family.  Simply wonderful to see everyone – so enjoyed my time there.

The following three photos were from Sea Mist RV Park.  Still playing with images. Besides trying to remember to click thru, not just get a red light. 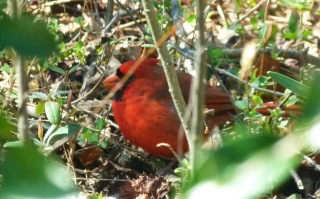 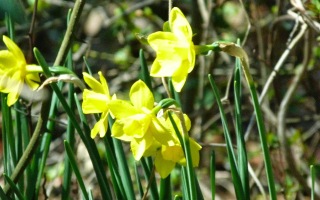 I managed to stay in 4 different RV parks – 2 public and 2 military.  The Sea Mist RV Park was my all time favorite – the last post was about that place. I moved to a different place, the Ocean Pines RV park that is neither on the ocean nor on a military base, but was listed as a military base.  It was a former trailer park converted to a RV park and its right smack next to the Oceana Naval Air Station runway. Now, I think I lucked out the first few days I was there, as you could see the jets practice but it was pretty quiet.  The weekend was completely quiet, but come Monday all hell broke loose.  The jets were so low, so very low, you could see a body in the cockpit, then in greeting the after-burner ripped thru the skies and my rig just shuttered in all the racket. Freaked my boys out and completely stopped all conversation with anyone, even with myself. It was horrendous.  It continued from 8 am until well after 11 pm… But by 3 pm, I knew without a shadow of a doubt, I was leaving. Way earlier than I had planned, so had to do a hasty notification to all concerned, get the rig ready to roll, plotted my path out of this area, hit the sack and I was gone at first light the next morning.
Getting out of Virginia Beach to go northward is a challenge, but with the help of my friends, Steve & Becky, and Steve’s detailed directions – I was awarded a great trip north.  Steve got me out of Virginia Beach and over to Highway 17 (via I-264/I-64/I-664) to take James River Bridge vs any of the other routes (which all included tunnels).  He thought I was going to jump on I-64 – then up I-81 to Winchester, but in my last minute prep before I left, discovered that Highway 17 ends in Winchester, VA – my next destination.  So I stayed on Highway 17 until I got to I-66 at Warrenton, VA. It is there that I learned tractor trailers were not allowed on Highway 17 between Warrenton and Winchester – and that told me enough to not go that route as well. The only snafu on this entire trip north was road construction at Fredericksburg – big mess!!!  But the trip up was absolutely gorgeous.  Up to Fredericksburg, the Bradford Pear Trees, Cherry Blossoms trees were changing to fresh spring green leaves. On the north side of Fredericksburg – they were still in winter mode with brown. Folks did not quite believe me that the trees were doing this not too far down the road from here..

So I arrive in Winchester to the shock of my other cousin, Rich & Bonnie – as they weren’t expecting me for several more days…  My cousins have taken on, as in adoption, a family of 3 kids ages 11, 9 and 6 last August.  To say they are busy is an understatement of the century. Their life is a chaotic, organized, non-stop, life now, yet how they are doing it, still eludes me.  But one must commend them for taking on these kids. An older boy did not want to be adopted, but they make sure he still sees his siblings.  The former parents gave up all parental rights to these kids a few years ago and the kids bounced from one foster home to another – until Rich & Bonnie got them.  I enjoyed my time with them. My first day over – I got to see the movie “Frozen” with the 2 youngest. What a great movie!!! They piled on top of me, as well as the family dog Jack (a boxer) to watch the movie. Fun, fun time. The 9 year old, kept trying to sing the tunes, slightly off key from the movie and if you nudged her about it she would do an elaborate “zip it and throw away the key” demo – which of course, caused one to miss a section of the movie.  Couldn’t help but laugh tho. Kids will be kids.  And I got to partake in the 6 year old birthday party too.  What a cutie!   Got in a hairy game of Spades with the oldest and the 11 year old – of course, everyone has a different set of rules… but we made it thru.

In Winchester – there is only one RV park. Its called Candy Hill RV park.  Pretty little park. Early I wrote that I could not get the computer to recognize my camera, therefore I could not upload photos. Well… I discovered I had to reboot my Pantech from Millenicom, to acknowledge the new hard drive on my computer. Didn’t connect that a reverse on fixing thing was needed too. All is well now and the camera… for some odd reason now worked after I rebooted the Pantech.  I don’t begin to understand how all this works, but am glad it finally got its act together.
So had a wonderful surprise yesterday evening in the pouring down rain… a grey 30′ Lazy Daze  towing a white car, appeared before my eyes… Its the first one I’ve seen since I left New Mexico in October.  Just a little too excited for my own good, I bet, but grabbed my rain jacket and slogged over to their rig… and I met Marv and his wife (dang, I did not catch her name). Delightful couple heading home to Pennsylvania. They had been wintering in the Everglades this winter.  Now they tell me they have seen 4 Lazy Daze’s. Guess my nose has been going the wrong way!  Anyway, they are part of the Northeast Lazy Daze group and they know Ted & Liz, whom I met at the Balloon Fiesta in October.    They gave me some great tips on my next leg of this trip and talked me out of a few I was planning on doing.  I thanked them profusely for the inside scoop on this next adventure. They left early this morning, about an hour before the winds hit.

And lastly, I’m sure most have noted the new look of my blog.  I wanted frames around my pictures so they weren’t flat on the page. Try as I might, the old template would not allow it to work. So had to change templates.  Lot of the good templates are already taken by friends of mine on their blogs. So went to patterns.  My desire is to have had a burnt orange or a rich maroon as a background, alas that is not an option. So tried other colors.  I now have it as a green teal like color, for lack of a better description. What I would appreciate knowing is how does it appear to you, my readers?  Does the title and subtitle work? Or should I keep playing with colors… It almost seems boring to me, the new color design… but not sure how to improve it.    Heck, I even tried to soften the white behind the text… they don’t allow that it… so expect further changes down the road…

4 thoughts on “Catching up – updated”